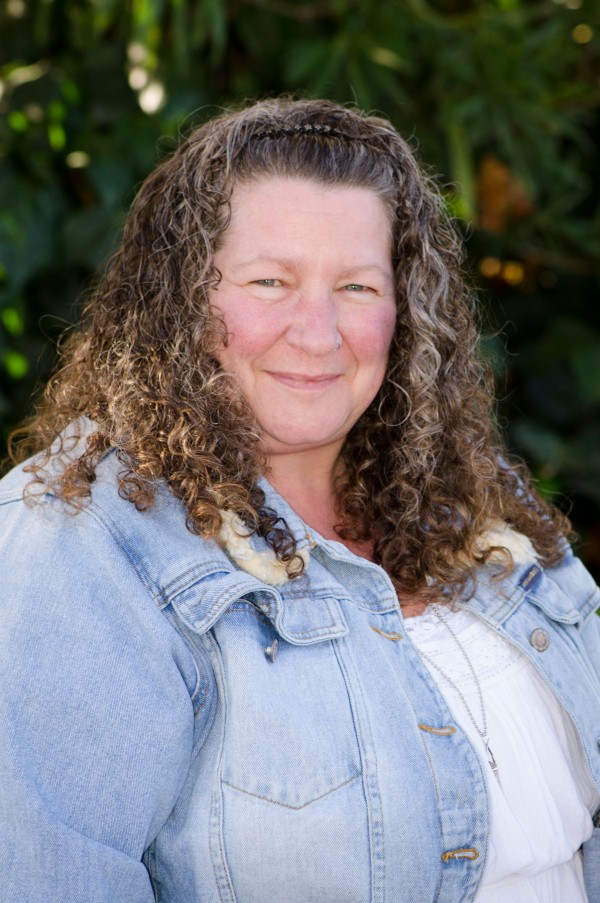 Ukiah, CA – Twenty-two years ago, North Coast Opportunities’ Head Start Child Development Program gave Terri Davis the boost she needed to go from an unemployed, single mother to eventually attaining a Master’s degree in Education and becoming a self-supporting, home-owning, tax-paying individual who works as a Developmental Screening and Parenting Education Specialist for FIRST 5 Mendocino. Looking back, Davis credits the lessons she learned as a parent in the Head Start Program with much of her current success.

She began working with the Head Start program when her son was three years old, after she lost her job. “I was driving a forklift, and back then companies weren’t as understanding about taking time off for child rearing. If I needed to take my son to the doctor or be home when he was sick, I got in trouble,” she said. “Eventually, they let me go.”

“I spent a year in the home-based Head Start Program and then my son attended a Head Start preschool,” Davis explained.

The Head Start Child Development Program is a comprehensive, family-focused child development program that provides health, mental health, nutrition, education, disabilities services, and other services to families. Davis said that when her son was young, she was a “distracted mom who didn’t realize the power, the responsibility that comes with parenthood.” She said that the home visits from the Head Start educator helped her become a better parent.

Head Start provides parents with important information about how to provide a stable, supportive environment for their child. “Head Start taught me how to plan ahead, so life didn’t bring so many nasty surprises,” she said. She gave an example of a month when she couldn’t afford to pay her PG&E bill. Previously, she would have just waited for the electricity to be turned off, but on the advice of her Head Start educator, she took a pro-active approach, called PG&E, explained her predicament, and was able to work out a plan to keep the lights on.

The family goal setting led Davis to focus on personal goal-setting, and she decided to pursue her education. She wanted to help children and felt that educating parents would be the best way to do so. She began with an Associate’s degree in Psychology; then went on to complete a Bachelor’s degree in Psychology.

When her son began Kindergarten, Davis worked, attended classes, and volunteered in his school. “My son was really well-prepared for Kindergarten after Head Start. As an only child, he wouldn’t have been as well socialized, if not for the interaction with the other kids. And, because of the Head Start screening, I became aware of developmental issues and was able to address them before he even started elementary school,” she said. As for volunteering in the classroom, she said, “I don’t think it would have occurred to me how important it is to volunteer in the classroom without Head Start. Even if I could only be there an hour a week, I knew who my son’s friends and classmates were and what was going on at school,” Davis said. Head Start encourages parents to be advocates for their children and to be involved in their education.

After being a Head Start parent, Davis began working for Head Start as an employee. Instead of receiving parenting tips, she was providing them to others in the parenting classes she taught. She did this for six years and then moved to the Mendocino County Office of Education to work in Early Literacy and School Readiness. During her time at MCOE, she earned her Master’s degree in Education.

With her Master’s degree in hand, she moved to her current position at FIRST 5 Mendocino. “I just love teaching. I’ve even taught parenting classes at the jail when I was at MCOE and I teach parents now as part of FIRST 5,” she said. FIRST 5 Mendocino serves and supports parents and others who care for young children (up to age 5) so they are happy, healthy and ready for Kindergarten.

“I hope I always teach. It’s so important to help parents understand that their child’s developing brain needs stimulation and encouragement. I will always be grateful to Head Start for getting me going on this path,” Davis said.

Next: Project Sanctuary to benefit from Leadership Mendocino project »